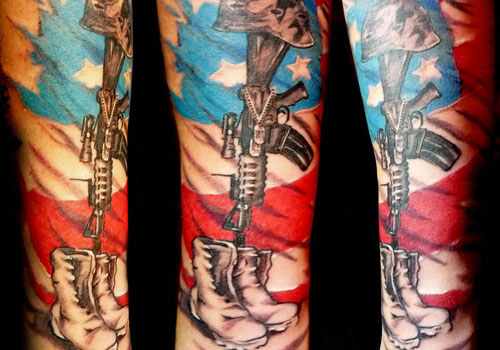 Military tattoos and their designs often carry a strong significance. To many who wear them they are talismans worn to symbolize protection. Some believe they literally do protect. Other designs symbolize pride in either the wearer’s branch, unit or other specification and ties directly to their military service.

The notion of protection in battle is an ancient attribute of the military tattoo. The practice goes back millenniums, being traced back to primitive tribes across America and around the world and often involved complex rituals, specific pigments and designs that were believed to have magical capabilities. The holy men of the tribe – shamans, medicine men, etc. – were responsible for carrying out the tattooing. Today, military tattooing, while not quite as demonstrative or formal, is still steeped in ritual.
Every branch of the military has its own symbols. For example, it is tradition that a navy tattoo be applied on board a ship and include specific symbols like an anchor, a sparrow and many others. For Marines, bulldogs, swords and the motto “Semper Fi” abound. The eagle and American flag are common themes in Army tattoos. For the air force, it’s all about images that evoke thoughts of flight including various birds of prey – particularly the American Eagle tattoo – and wings.

A Chronicle of Military Experience

While the most obvious message sent by a military tattoo has to do with the wearer’s branch of service, many military tattoos commemorate significant life events or chronicle particular operations. A soldier who fights in a specific battle will often have the name and date of the battle incorporated into a classic military symbol. They create an historical record of the events in the life of a soldier.
Proud symbols like eagles, flags and images that signify strength and courage abound in tattoos that chronicle victory but when friends are lost in battle the imagery can be much darker, even deadly with images of blood, skulls and other violent depictions. Dark themes can communicate defeat, anger a need to avenge or a chronicle of vengeance sought. Each is significant to a life event and is unique to the experience of the wearer.
Above all else, a military tattoo carries with it a real transforming significance. Whether they signify a rite of passage or an event that gets etched into history by the wearer, the significance of a military tattoo is very personal and real. 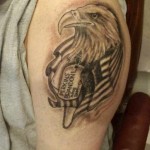 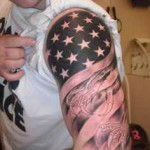 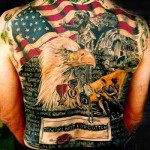 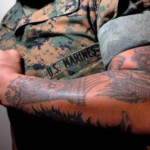 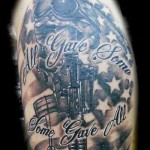 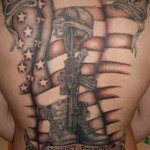 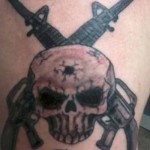 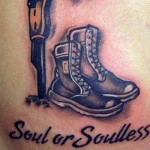 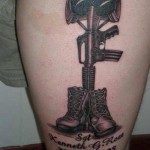 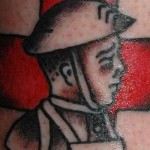 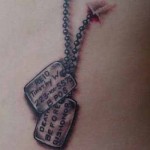 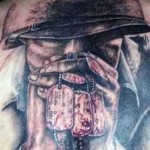 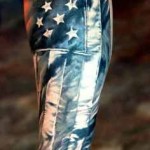 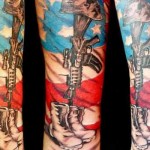 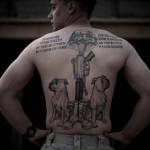 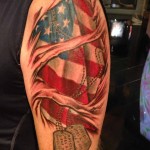 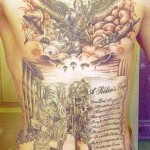 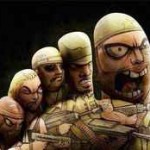 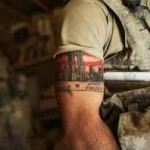 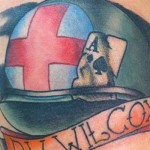 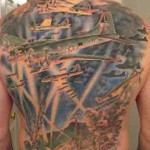 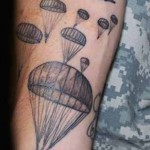 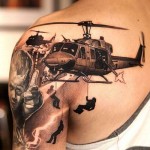 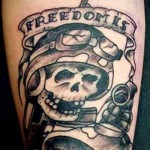 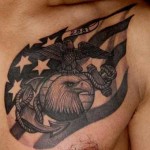 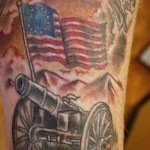 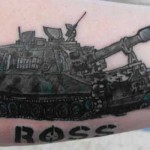 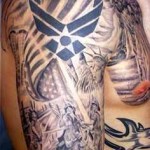 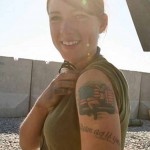