When someone mentions a “religious tattoo” the first images that come to mind are portraints of Jesus, crosses and praying hands, but in today’s world where world religions are gaining more exposure and crossing cultural lines, the definition of a religious tattoo is due for an upgrade.

The paradoxical nature of a tattoo with Christian themes has been the subject of debate for ages. The Old Testament forbids body modification of any kind, while the New Testament never directly covers the issue. Like with anything else, people’s own interpretations of their belief systems are the ultimate Litmus test and the popularity of Christian tattoo themes continues today.

Tattoos from other Religions

Images and principles of other religions and spiritual disciplines are regularly represented in tattoo form as well. The Hindu god Ganesh, with his head of an elephant, is a popular subject for Hindu tattoos. Brahma, Vishnu and Kali are also deities popular in tattoo designs. In recent years, the Hindu “Ohm” has become an increasingly popular subject as well. This symbol, similar to the number “3” is often used as a standalone design or presented on a backdrop of scenes that evoke thoughts of
tranquility and peace.

Egyptian-themed tattoos also run the gambit of the more popular deities and symbols within that ancient pantheon. The Eye of Ra and the Eye of Horus are similar in look and each represent the omnipresent nature of the Divine (among other interpretations). The Egyptian ankh, a cross-like symbol with an egg-shaped top, symbolizes both fertility and the concept of the infinite cycle of life,death and rebirth prevalent in many polytheistic and Pagan belief systems.

These tattoos showcase the many faces and personae associated with Buddha, most often featuring a Buddha sitting in a lotus or cross-legged meditative position or reclining in a posture of oneness with the earth and all that live here. The themes of these tattoos center on serenity and inner peace and often reflect images that fit well within these themes.

If you are considering a religious tattoo, it is important to keep in mind the overall message you are sending with it. Be certain that you understand the meaning of any symbol you decide on before getting tattooed with it. It may look good, but it should also identify you and resonate with you, whether you adhere to all the tenets of that religion or not. 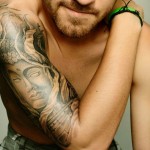 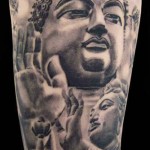 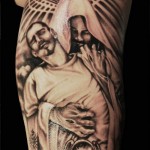 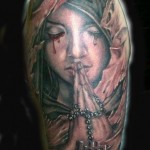 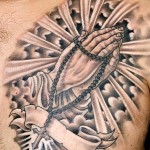 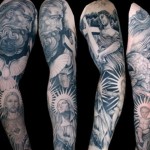 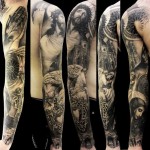 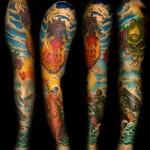 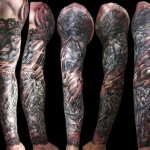 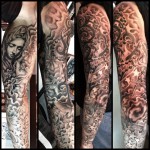 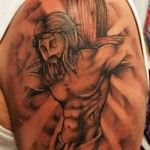 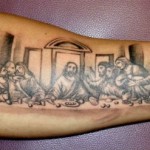 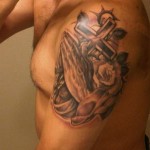 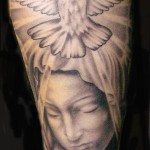 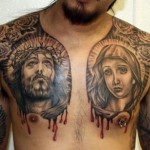 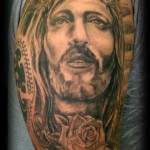 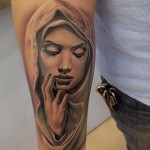 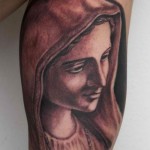 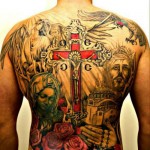